When we mention Ukrainian cuisine, first things that come to mind are borsch and pork fat. Pork and pork products are the traditional meat for our country, and pig breeding is its traditional domain of farming. 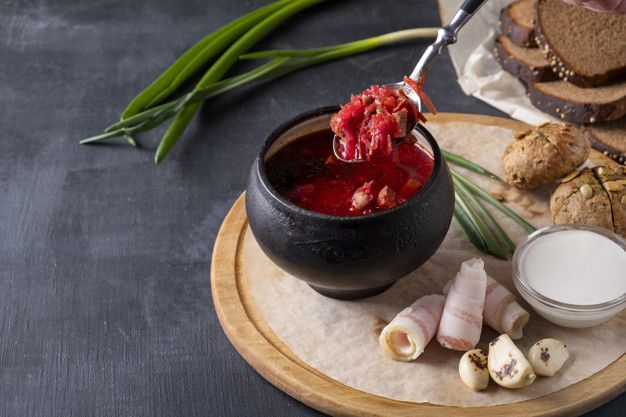 After 2007, when the market situation became more or less stable, the numbers of farms and pigs were experiencing ups and downs, yet in general this branch never had a chance to recover. 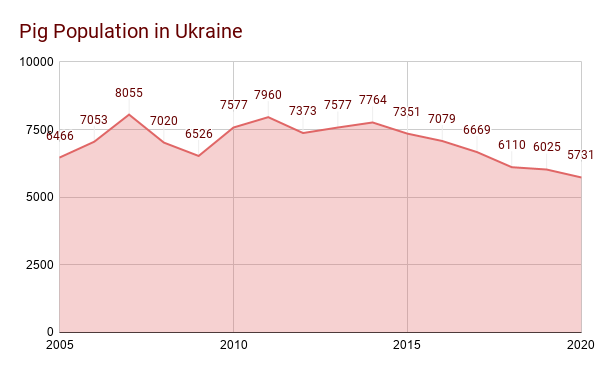 Currently the pig population is 5.7 mln heads. Of these, only 3.3 million are raised within industrial pig farming. In comparison, some countries and territories comparable in size to one region of Ukraine keep way more pigs: Denmark — 12 million; Belgium — 6.1 million; Belgorod region of Russia that borders Ukraine — 4 million pigs. Some of the industrial pig farms are getting bigger, yet over 2,000 pig farms over the past six years have shut down production. There is not enough local pig meat to cover the needs of processing plants and maintain domestic consumption on normal levels. All this has led to increasing volumes of pork imports (23 thousand tons in 2019).

The domestic consumption of pork should at least double: 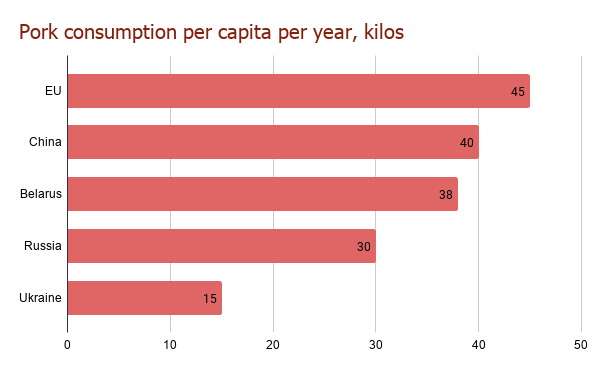 Reasons for this negative situation are numerous. Pig producing farms failed to create modern cost-effective business models with high levels of automation and clear systems of compensation for key workers leading to spread of the corruption schemes among personnel. The organization that formally represents the pig production sector in Ukraine is in fact representing its own economic interests promoting the selected brands of veterinary or feeding products, and supporting only a small part of pig producers. As a result the key needs of industry — including the financial support for the farms affected by ASF or the implementation of economic stimulus for building of new farms — were sabotaged.

Without strong representation pig production in Ukraine is highly segmented, and suffers from production overspendings. Over $300 mln each year are spent within the industry over normal cost levels, resulting in unaffordable for most of Ukrainians retail price for pork and further pork's substitution by much cheaper chicken meat. Ukrainian pork is also more expensive than imported pork from Canada or EU countries.

There are no objective reasons for such high costs of production. On the contrary, considering feed supply — with feed comprising up to 75% of pig production costs — present in the country, comparatively low wages, and less strict standards for farm operations than those in the EU, Ukraine should become one of the top global pork exporters.

We have set such an example with poultry meat. Currently Ukraine is among top-three of poultry meat exporters to EU countries indicating that the country's chicken production has high levels of consolidation and cost-effectiveness.

Currently there is a global shortage of pork of about 10 million tons a year. These numbers surpass the current pork production in Ukraine by 16 times.

Currently and for at least 7—10 years to come, the primary export direction for pork-producing countries are Asian countries, in particular China and Vietnam. These countries were affected most by ASF outbreaks, will need years to restore the population while pork is the preferable meat type there. China’s hog herd lost 130 million head in 2019 due to African swine fever, leaving a sizable deficit of protein. 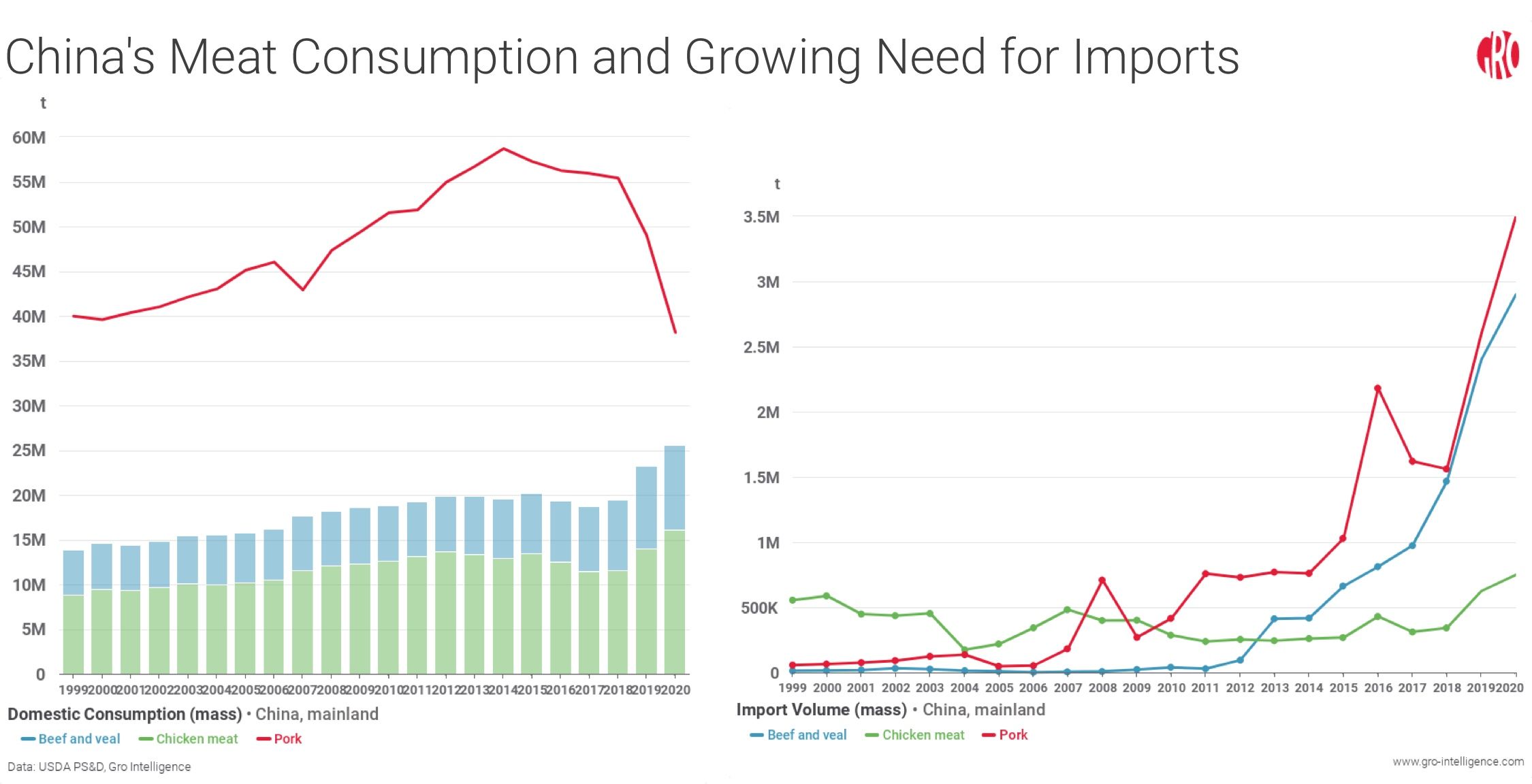 According to global market forecasts, the pork deficit will remain as a market factor for the next 5—10 years. Pig prices in the European Union had increased in 2019 by 48% and remain favorable for exporters regardless of pandemic disruptions in logistics and consumption. This brings good profits to pig farmers and meat processors in the EU. Yet, due to the high density of livestock in the EU combined with ecological restrictions and adoption of Farm to Fork Strategy, that promotes the expansion of organic farms, pig producers in the EU don't have much room to boost the supply. Instead hundreds of farms in Netherlands alone are currently receiving government aid to shut the production in dense areas to reduce environmental impact.

Such factors won't be relevant in Ukraine any time soon due to availability of vast farm lands, and of thousands of abandoned farms that were shut because of multiple reasons, but mainly because of the failure to adapt modern efficient production technologies by previous owners.

It is obvious Ukraine should become one of the leading pork-producing countries. Numerous factors are in favor for rapid increase of pig production in Ukraine:

Meat Industry Association, which unites 20 leading meat processing companies decided not to wait for the hundreds more of pig farms closures and in June 2020 initiated a 5-year Program to support the development of pig farming in Ukraine — New Pig Production 2025. It's aim is to stimulate the breeding of pigs for the needs of the meat industry of Ukraine up to 20 million heads at a time and more.

The goal is to help solve the problem of global pork shortage and make Ukraine one of the leading producers in the meat market. In partnership with Centre for Improvement Animal Breeding, with the financial support of the Meat Industry Association participants, we are ready to support the expansion and modernization of existing pig farms, along with guidance for the new investors — Ukrainian and foreign farmers who have interest in pig farming projects with the return on investment rate of about 100% per year. New Pig Production 2025 guarantees sustainable profits, sales, legal protection and comprehensive investment support.

Got an investment proposal or want to know more —