Mastitis from a practical point of view

One of the most urgent problems in modern livestock production is the Mastitis in its various manifestations.

Today, much attention is paid to this problem, but despite this, the level of losses in milk yields and milk quality in many farms is very high, which inevitably leads to economic losses and premature culling out of cows.

What is mastitis cattle?

Mastitis is a disease of the breast, accompanied by an inflammatory process.

The disease can be caused by such basic factors:

The main causative agents of mastitis in cattle, as practice shows, are:

Clinical form Include that mastitis that can be diagnosed without using special reagents or laboratory tests. 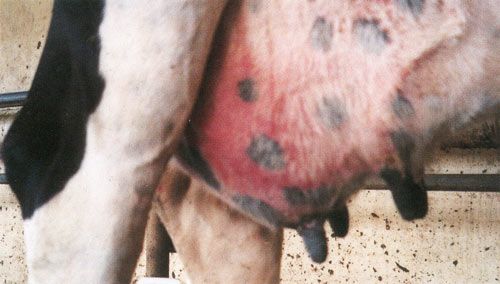 According to clinical manifestations, the following types of mastitis are distinguished:

WhenSubclinical formThere are no external changes either in milk or udder, and it can only be diagnosed by counting somatic cells in milk (laboratory tests) or special mastitis tests. 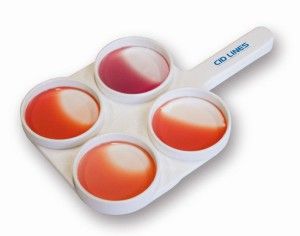 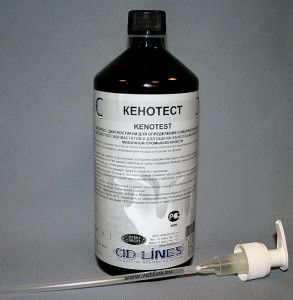 In time, identified mastitis is easier and cheaper to treat

Before beginning treatment of mastitis, it is necessary to send milk to the laboratory from sick animals that were previously untreated to determine sensitivity to antibiotics and bacteriological inoculation for determining pathogens in order to most effectively develop a treatment regimen and to select the drugs.

Treatment of mastitis in cattle in conditions of loose clothing

If the treatment takes place in the milking parlor, then a separate group of sick mastitis cows is created, which lasts least to prevent infection of healthy cows through the milking machine and to simplify the sorting of milk. 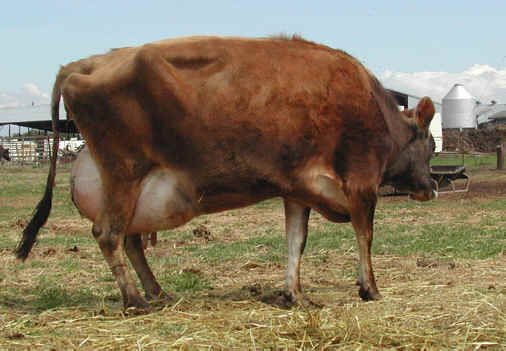 On recovery (repeated testing by the venerable test) of cows that showed a negative result and after the expiration of the carerization they are disbanded according to the productive groups depending on the physiological state.

Those who have not been cured are left on a second course (they revise the treatment, physiological condition and make decisions on each cow if necessary).

Treatment of mastitis in cattle on a leash

On the tethered sick cows are labeled and milked in the last place or by a separate apparatus "on the tank". 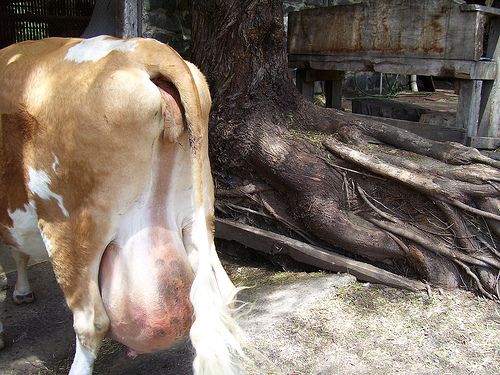 To effectively combat mastitis, you need:

It is most effective to treat mastitis in a comprehensive approach to the problem from different angles. For example, combine intramammary injections with injections and ointments. Very often in novice cow's mastitis goes in combination with endometritis, then these diseases should be treated simultaneously.

Good results in the treatment gives a 3-fold administration of Mastiette Forte at 12-hour intervals to the affected quarter of the udder (other medications may also be effective on different farms: Multigect IMM, Laktobay, Sinuloks, Mamiforth, Gamaret, etc.) with simultaneous application of such ointments As Permamass, Lekoseptal, Dibutalastin, Chlorosept, Emulsion "DE", etc.

A similar therapeutic effect has a 1-2 fold IM application of preparations based on Ketoprofen (Ailil, Kefen) at a dose of 3 ml per 100 kg.

With wounds, injuries, purulent mastitis ointments should not be used. Also, not with all types of mastitis, you can apply massage and some ointments of irritating action. Injectable antibiotics are used according to the sensitivity and at the discretion of the veterinarian.

Also, excellent results (with minimal costs) in the treatment of acute forms of mastitis give blockade on Logvinova (150-200 ml of 0.25-0.5% solution of Novocaine) with repetition after 48 hours. If the blockade solution is prepared on its own, then an antibiotic should be added for sterility, for example, 2-3 ml of Gentamicin or Penicillin - 500-600 thousand units.

It should be remembered that a cow sick with mastitis in no case shall be transferred to a group of deadwood, as this will entail guaranteed problems after calving as with the costs of treatment, a reduction in natural productivity, and with newborn calves, which, when milking the mastitis colostrum, produce pathogenic strains that cause intestinal and pulmonary diseases, which leads to the death of the offspring.

If these measures are observed, we can expect an improvement in the quality and quantity of milk with somatic cells in prefabricated milk up to 250-300 thousand and bacteriological contamination up to 300 thousand CFU/ml, which corresponds to the highest grade milk.