The introduction of a truly new technology is a rare phenomenon in modern animal husbandry. As for this area, progress is often due to the improvement of long-known processes, their withdrawal to a higher level of capabilities. The same applies to feeding. The physical form of the feed has a significant effect on the effectiveness of the use of pigs nutrients and the functional state of the digestive system..

There are two main methods of feeding in industrial pig breeding: 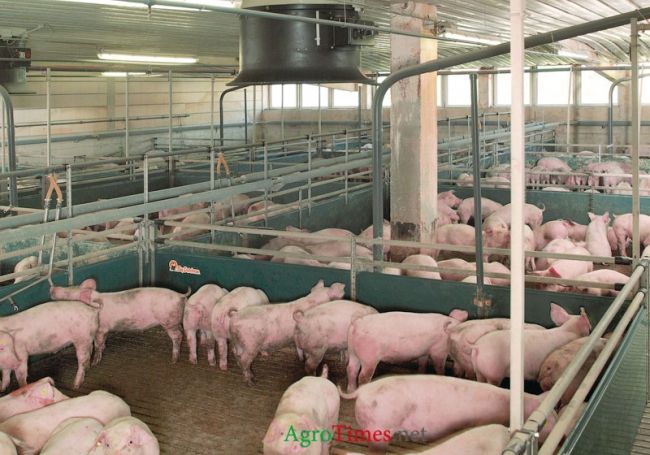 The content of pigs for fattening during liquid feeding

As the intermediate distinguish still wet (semi-dry) and wet types, when dry feeds are automatically moistened or mixed with water shortly before they are sent to the feeders.

What is the best way to feed pigs? Probably, the final answer will be given to that difficult issue in the years to come. 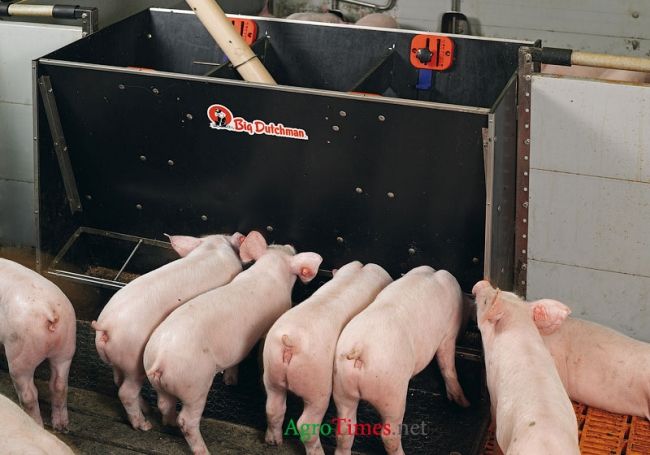 Liquid feeding of pigs (moisture of feed up to 75%)

Ireland is the leader in "liquid" feeding of pigs among European countries - 90% of all farms, as well as Germany, Denmark (including over 60% of large pig farms), Holland - up to 50% of the total number of livestock. In Finland over the past 5 years, more than 90% of the pig farms that have been put into operational use a liquid-type feeding system. 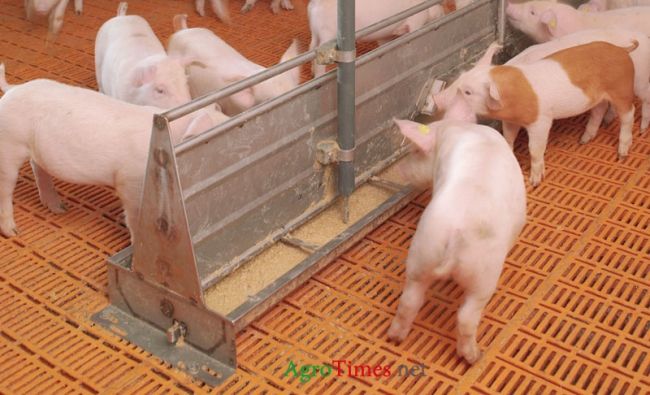 Advantages of "liquid" feeding of pigs:

There are the following types of fermentation:

The technology of liquid feeding of pigs is a promising and resource element of an integrated system of the efficient use of resources in animal husbandry. 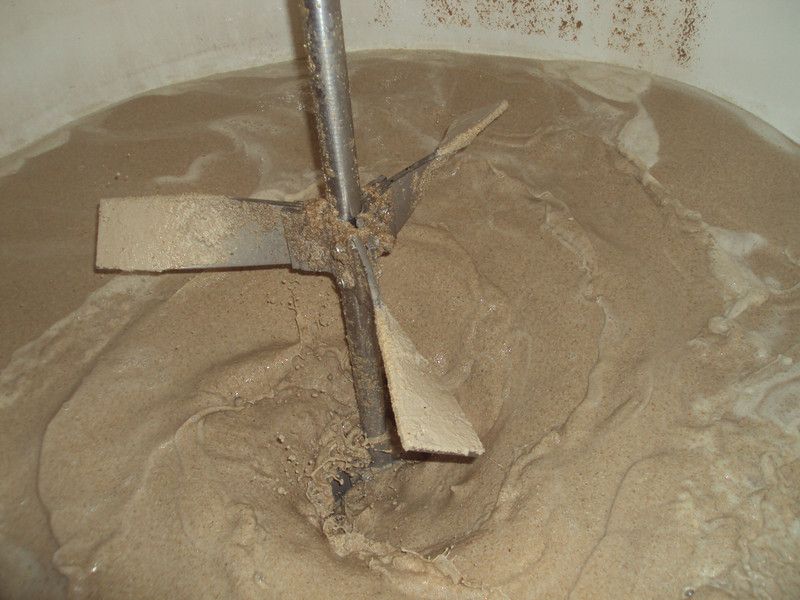 Inside the liquid feeding feedmixer

Disadvantages of "liquid" feeding of pigs:

We use a dry feeding system for all ages. This is due to the fact that the average air temperature in our region from April to October is kept at a level of +40-45 ° С. Therefore, in terms of hygiene, maintaining the quality of feed and improving the livestock, we are best suited for dry feeding. We use a grain group of our own growing (wheat, corn, barley) and buy protein-vitamin supplements from leading companies for the production of feeds.

In our farm for sows and piglets we use dry food, and for pigs on fattening - liquid. Why such a division? For sows, the strategy of feeding with dry fodders was chosen because they are very sensitive to the acid balance of the feed, and in the dry food these parameters can be controlled and adjusted much more easily than in the liquid one.

Frunze Ltd. has been engaged in pig breeding for a long time, and I have been working in the farm for 16 years already. In the Soviet era, when liquid feeding was used everywhere - they cooked porridge, soared - I, like a veterinarian in my specialty, had seen enough of the animal health problems that arose due to the souring of feed. The need for treatment entailed significant economic losses.Now we use mostly dry type of feeding - only at the final stage, on fattening, dry food is watered with soy milk. Such a system has been practiced for five years, since then it has acquired a "soybean cow". The effect is remarkable: the pigs lick the feeders to a shine, in addition, in this way we managed to solve the "eternal" problem with a lack of protein in the feed.

Among the unique advantages of kashitseobraznyh fodder, firstly, the fact that they are much better digested pigs on the growth and meet the physiological characteristics of this age. Secondly, a significant advantage of the mousse feeding system is the fully computerized management of all processes, which allows the automatic addition or removal of various supplements, prescribe vitamins in addition, or, if necessary, introduce vetopreparations.In addition, compared to dry feeding, the re-use of feed is minimized. Piglets, like small children: when playing, they scatter dry food from feeders. When porridge feed feeding is limited: electronic sensors fix the level of feed in the troughs and give out a predetermined portion only when this is necessary.

Thus, it is the combined type of pig feeding, combining both dry feed mixes and liquid feeds which is the most promising in modern conditions. Their rational combination, taking into account the genetic, physiological characteristics of animals, technological characteristics of production will allow, along with high productivity, to obtain biologically high-grade products of high quality.