Food poisoning with alkaloids in pigs for fattening

This is a translation of the article by Antonio Palomo Yagüe. We publish it because the situation is very qualitatively and clearly describedPoisoning with fattening alkaloids. A similar situation can occur in other groups of animals when using alkaloid lupine in the feeding of pigs.

On Tuesday, August 20, 2013, we were summoned because of a significant percentage of sudden deaths in several complex fattening farms related to the Spanish company; Especially in six farms, which were supplied with new feedlots between Friday 16 and Tuesday 20 August. Note that new feeds are placed in the hopper, which still contains a certain amount of residue from the previous batch, which gradually exits the hopper cone; Thus, the consumption of a new feed starts from a few hours to 3 to 4 days. 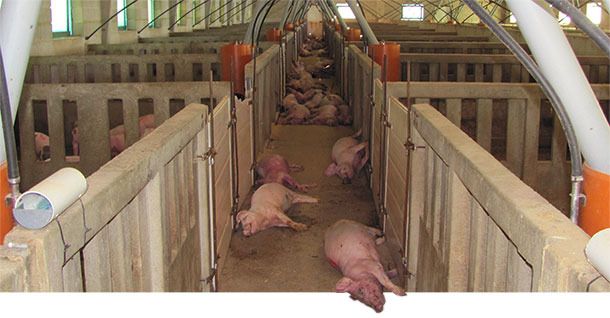 Research on the farm

By staying in these farms and conducting anamnesis and clinical study of specific cases in terms of symptoms and lesions of sick and dead pigs, we found: 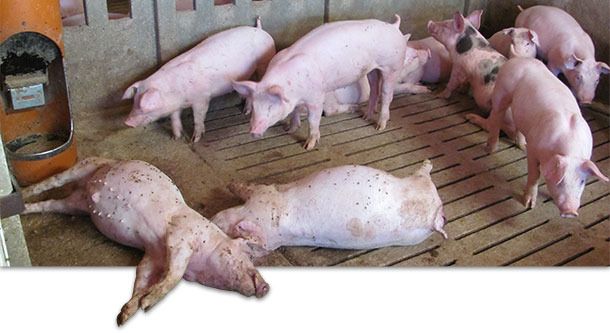 In the face of this clinical picture (partially comparable to the process of food poisoning), and taking into account the fact that the various farms had nothing in common except for the receipt of new food, that there was no antibiotic treatment by any means (water, feed, systematically injected medicines), That no general vaccination had also been applied, we agreed to stop supplying a new batch of feed to six farms, following the following recommendations:

The clinical picture, which was more or less serious depending on the farm, began to straighten out in 36 to 48 hours, and we decided that this event came to an end on August 24.

Conducting additional research on the farm

Since we suspected that the new batch of feed was most likely the source of our problem, we conducted the following studies:

We focused on specific raw materials, which were first used in the second feed composition, but which had not been found in feed compositions before.This raw material turned out to be lupine, Which was mainly used as a source of vegetable protein. A sample of this raw material, obtained from a feed mill, consisted of a mixture of Australian (small and spotted) and Spanish (large, flat and pale) lupine in various percentages. The inclusion rate was 5% and 7.5% in feed for young animals and for fattening pigs, respectively.

Levels of alkaloids (anti-nutritional factors)Were analyzed as a possible cause of the problem, and the result was 0.91%(Obtained by HPLC (high-performance liquid chromatography)), when the maximum level of tolerance in pigs is up to 0.20%.

We came to the conclusion that this was a case of food poisoning with alkaloids.

Mortality: farm 5 showed the lowest weight indexes among pigs, and they were the first to be fed with the problem feed on the date of delivery (August 16), as the farm had run out of the previous feed. The first losses were detected on August 19, with their increase on August 20. This farm seemed to suffer more than the other ones, but it served the alarm to get rid of that feed on other farms. The mortality rate decreased ( > 20% compared to < 2%).

The key points of this clinical case are:

The goalDissemination of information about this clinical case is: